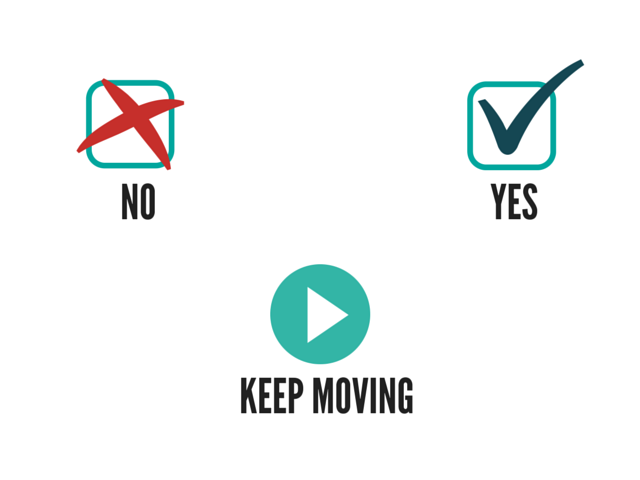 This goes hand in hand with number 25 from our challenge : avoid fighting, but it’s a little bit different. If you ever get caught in an argument, just accept that you can have only two outcomes from it: win or lose. Settle with one and just move on.

Many of our pains are coming from attaching to a desired outcome. We feel so strongly that we are right, that we are often willing to spend anything we have just to prove that, no matter the consequences.

But we don’t take into account that we don’t really control anybody around us. We can’t control other people. The only person who can be controlled in our reality is our own person. So, why bother?

Accept the fact that you either won or lost that competition, learn what is to be learned and move on.

The “Win Or Lose” Benefits

Making peace with the result of our own social interactions is one of the most difficult things for many of us. Especially when these interactions shift towards the conflictual edge. We have this deep urge, you know, this need to be right.

Our conflict management hasn’t changed dramatically during the last 2000-3000 years, whereas our interaction models shifted dramatically. The way we communicate now is unconceivable by humans, let’s say, 20.000 years ago. I’m pretty sure that if we would travel back in time just as we are now, with no more technological or scientific advantages, just at the current stage, 20.000 years in the past, we will be assimilated with gods. That’s how big the change in our human interaction is.

On a very big, evolutionary, scale, we are no longer fighting with each other for food, we’re over this. We still have stupid wars and armed conflicts, but, when you put them in perspective, they’re at a much smaller scale than they used to be, back in the days when food was scarce, to say the least. Please understand that I don’t try to belittle the military conflicts of our age, nor to imply that the pain of people trapped in these conflicts is not real. I’m just trying to see the bigger picture. Now, for 99% of the known world, the norm is peace, not war.

But although we devised complex interaction models, we’re still at the mercy of our limbic brain when it comes to conflict resolution. We still want to solve conflicts our way and our way only.

Like I said, we’re interacting in such a rich and complex way only for the last 2-3000 years. And that means how many generations, if we consider the average life expectancy over this period to be at 50 yeas? 60 generations? Do you realize how small this life print is, compared with the entire human evolution? We started to evolve, as a race, 2.000.000 years ago. Writing, this convention by which you understand what I’m trying to tell to you right now, appeared 6.000 years ago. Compare this with 2.000.000 years.

To get an idea about how recent all this “civilization” thing is, try to count to 300 (that would be 5 minutes). When you get to 300, stop, and think that our modern history, just the one including writing, is only ONE second. Only ONE second. Think about that for a while.

It’s biologically impossible for our brain, as a species, to be fundamentally remodeled during such a short period of time. And yet, a very important part of this process already started to happen.

The neocortex, the part of the brain responsible with emotions and more complex interactions, is that part of the brain that sits under our forehead.  It’s also the most recent component, evolutionary speaking. Opposed to it, there’s the limbic brain, which sits on top of the spine.

But it’s incredibly difficult. You’re fighting with 2.000.000 years of evolution. You’e against some of the most fundamentals learnings of human race, the ones related to survival.

In a world virtually freed from basic survival needs (we don’t need to hunt in order to survive, for instance) conflict resolution is still difficult. Without presence and awareness (attitudes fostered by the neocortex) we’re reacting by reflex to any conflict, and we’re equaling it to a threat. Presence and awareness, attention, stillness, those are qualities that can defuse the potential bomb triggered by the limbic brain.

Most of the time, we don’t need to actually fight for ourselves. Most of the time, the conflicts we’re facing are just misunderstandings. Confusions. Mishaps. Putting our limbic brain in front of the neocortex, fostering survival-grade resources in order to solve that conflict, well, that will be simply stupid. Counter-intuitive and counter-evolutive.

But the struggle is real. The outside conflict – in whatever form it may appear to us – is mirrored by our internal conflict: between survival needs, between the urge of being right and defeat the opponent, and the other basic, fundamental needs: to belong, to be validated, to be accepted. First needs are hosted by the survival brain, second are hosted by neocortex.

In much simpler terms: we should just accept the other one, accept his point of view, even if it’s conflicting with our own approach, and move on. That’s how we generate acceptance and validation.

It’s an ongoing battle, an ongoing struggle, but the winner will determine not only how you solve that specific conflict, each and every time, but also who’s gonna lead your life: it’s just survival, in a cave, or fully living, in the open, nurtured and accepted?