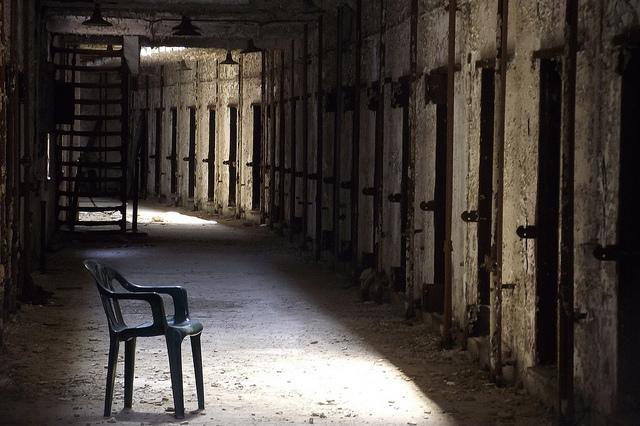 Don’t touch that! Don’t eat that! Don’t go for that opportunity! Those are the sentences you hear when going for something you really want. Those are your guardians, your mental constructs made to protect you. Release them, you’ll be much better off.

We all have some sort of self-imposed limitations. Some of them are natural and acceptable, like “don’t put your hand in the fire”, while some of them are just social constructs. The problem with the latter is that they stretch way over their initial goal.

And the most important question you must ask to your guardians: is it really forbidden to be happy?

I admit I have a long story with this. For some reason, I’ve been a rebel for as long as I can remember. Not in a violent way, mind you. More like in a fluid “I’ll listen to you finish the sentence and then do as I want anyway” kind of way. For some reason, I always wanted to find my own path, to do my own experiments, to have things my own way.

For a significant part of my life, this approach was disastrous, I agree. When I was young I challenged the communist leaders from my community, which caused me a lot of problems. Communist leaders don’t like to be challenged (the only reason I wasn’t stigmatized was that I had some writing talent and I was considered a school asset). I’m twice divorced. With kids. I crashed dozens of business projects (either in my own companies, or working for others). I lost fortunes.

I did some fantastic things, like building an online business from scratch, building teams around big projects (yes, I didn’t crash all my projects, some of them actually hit big). I wrote and self-published nine books and some of them were translated and published in countries I never visited. I traveled around the world. I lived, for most of my life, as a free person (despite the fact that almost half of my life was under communism). I also made fortunes.

I will always accept the losses I took as the right price to pay for the big winnings.

Who Are Your Most Ferocious Guardians?

One of the main parts of this approach was to always challenge my guardians. Now, who are these guardians, anyway?

Well, to put it very simple, it’s just another name for self-imposed limitations. If you say to yourself “I shouldn’t do that” you’re actually voicing a guardian. It’s literally not your voice, it’s a voice of a character who lives inside you.

Those guardians, you know, they aren’t real. They’re made by you. They are created by your thoughts, in your mind.

Your mind is a like a big empty screen. You can project any movie you want on it. Let’s say you want to project the movie “I will put my hand in the fire, to see what’s happening”. The mind will say: “well, yes, take a seat, you will have a tremendous experience”. And tremendous it will be indeed. That movie will be a drama. Very sad movie. You will experience a lot of pain, first hand, so to speak.

Then, after that, you may want to project the movie: “Every time I see fire, I will stay the hell out of it”. The mind will be again very cooperative and will open another room and give you the full representation, in bright color and with surround sound system.Well, this movie will be kind of boring. Nothing spectacular in it, just the memory of the pain you had from the previous one. But at least you won’t experience pain.

Then, you may want to project the movie “I wanna see a fireworks”. The mind will open another room and start another representation and will give you again a first row seat to the show. And boy, this movie will be great.

And after a certain point, you become very familiar with some rooms. For instance, every room with movies about safety will be very familiar to you. (the amount of pain you took from previous “I want to put my hand in the fire and see what happens” representations should act like a powerful reminder). And you just stay there, in those rooms, because you know you won’t be hurt. You don’t try other rooms and you don’t project other movies at all.

Well, the movies you don’t project, are usually the best. There is a certain probability that they will also cause pain, because you have no idea what they will be about. But most of the time they are also the best. Just like the movie about the fireworks. You know exactly what happens inside those colored lights and you know it’s dangerous. And painful. But you can also admire the beauty and enjoy the entire experience.

Every learning process has a hurting component. Learning something usually involves losing something. If only we talk about innocence.

But, because we are so accustomed to the comfort zone, we never get to learn enough. We create some guardians and put them in front of those hidden (and oh, so appealing) rooms inside our minds and we never pass through them. Those guardians are in fact our own fears. Fears of insecurity, of loss, of death.

You will never get to see the most beautiful movies your mind can project for you, unless you release those guardians from the task. Set them free. Talk nicely to them and step into those rooms.