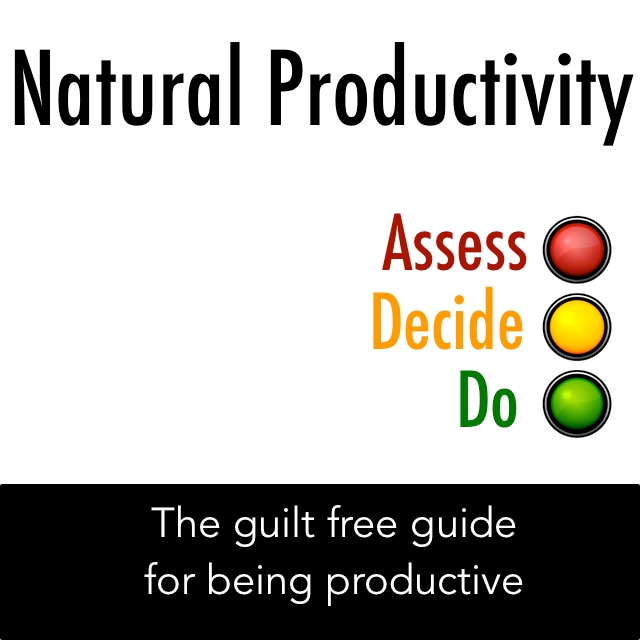 II’ve been a productivity geek for years. The type that incessantly reads blogs about that, that knows all the techniques, frameworks and productivity apps by heart. I’ve tried dozens of them. Literally.

In the beginning (like in the first 1-3 years), this enthusiasm brought about quite a bit of visible progress. I was able to double or triple the amount of stuff I was doing during the day.

At that time I was managing my first company (an online publishing agency I sold a few years ago, for a substantial profit) and productivity was a must. I had to be on top of everything. Or so I thought…

After I sold that company, I took 2 sabbatical years. And here’s where the glitches started to appear. All of a sudden, in a matter of months, I went from being a 16 hours per day workaholic, to being totally free of any work commitment. Can you guess how I was feeling?

I’ll tell you: I felt like crap. I started to have anxiety episodes. My self esteem gently started to go down. Since I didn’t have many friends, but suddenly had a lot of time to spend all by myself, I also started to feel really lonely.

For a while, these feelings were toned down by traveling[44 tips for traveling long distance]. Since I was finally able to travel, I went on it full throttle. For 2 years I kinda circled around the Earth.

But, eventually, I had to return. And once home, I had to face the truth: I was a productivity junkie.

How To Be Productive – The Meaningful Way

As I was slowly going on, one miserable day after another, I started to think of a solution.

In and by itself, being productive was a good thing. If I had stuff to do, that is. But if I didn’t, if I was in a different context, being productive became completely useless. Totally unnecessary. It wasn’t the skill, but my attachment to it that was creating a lot of pain.

So, in the end, it was about the context. About how you adjust to it. That was the first insight.

As I was adjusting to it, I started to think of other contexts in which I was living my life. For instance, the current context. I didn’t have anything to do, specifically. I just made a successful exit, I was enjoying a break in my work. I was just looking around.

That’s it, I said. Assess, that’s the name of the current context. It’s a totally legitimate one. I’m assessing what just happened.

But in this context, being productive was not useful, nor necessary. I needed other skills. Like seeing things with clarity, evaluating what went good and what went wrong during the last few years, internalizing the experiences and so on.

The pressure was gone and there was certainly improvement. But the anxiety was still there.

So I started to think what am I going to do next. It was ok to assess stuff and not do anything. But I had to decide what to do next.

And then it hit me again: the third context (after Do and Assess) was Decide. Like in planning my next moves. Or the next step in my life. Or what am I going to eat for lunch. We live in this context as well and in order to perform efficiently in it we need a completely different set of skills. We don’t need to be productive, like in Do, nor analytical, like in Assess, but we need to create commitment. That’s what makes the decisions reality: commitment. And also the ability to see in the future (like in knowing when it will be a good time to do something) or to put together resources (like time or money). Yes, Decide was definitely an important context.

After I realized that, the anxiety was gone. Anxiety is rooted in confusion and lack of direction. Once you commit to something, anxiety lowers considerably.

For a few days (maybe weeks) I chewed on these 3 contexts. At the end of these weeks, I came to the conclusion that they weren’t just contexts, but most like realms, like territories in which we’re living our lives.

And the ultimate productivity was to move as gentle as possible, from one realm to another. That’s what flow is: to be able to assess, to decide and to do frictionless. That was the word: frictionless.

Because when you have friction, you generate heat (under the form of anxiety, low self esteem, lack of energy). But when the friction lowers, you just advance. Or float. Or fly.

In a few months I also put on paper a more complex version of the story I told you here and that’s how one of my nine books was born. Even more, I decided to write a mobile companion app for this (by learning iOS programming from scratch).

You can have them both by following the links below (the book comes in a few flavors, printed, instant PDF or Kindle).

The book – printed from Amazon