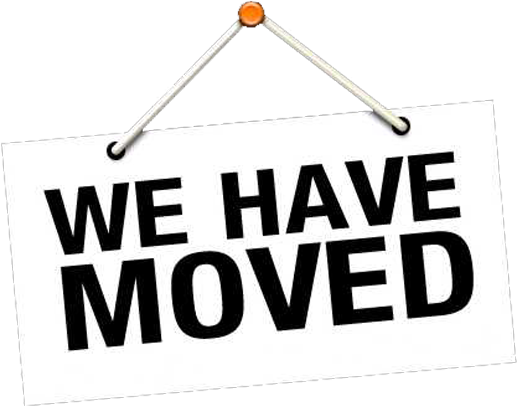 Maybe it’s time to change the environment? Take the plunge, move over. Pick another neighborhood, another town or even another country. Like all the good stuff, it might be pretty difficult in the beginning, but you can bet it would shake everything really good! And shaking everything around is most of time all you need … Read more

If I look back at the most successful posts on this blog (and there are more than 500 articles published so far) they’re all emerged as part of interactions, not as standalone revelations or epiphanies. They became popular only when they were part of some challenge or response to other bloggers. I don’t know if … Read more

We tend to define perfection as the absence of flaws, which is inherently wrong, since flaws are part of the reality. Too often, our perception of perfection as a flawless situation or individual proved to be not only difficult to learn, but plain wrong and deceivable. Striving for perfection causes more harm than good, leading … Read more

I arrived in Bangkok at 10:30 on a Sunday morning. I checked in to my hotel, a nice one located in the Siam center area, and then went out for a quick check of the surroundings. Most of my impressions after this quick walk were described in the first post about the trip to Thailand. Not only I walked 3-4 blocks around the hotel in several directions, but I also checked out on the public transportation, changed some money in the local currency and tried to identify some shops and restaurants around the hotel area. A part from this, I also checked the hotel pool and spa, which, in total, took almost my entire Sunday.

So, although I arrived in Bangkok on a Sunday, I consider the next Monday to be technically my first day there. With just as much information as I needed, I started to explore Bangkok completely “a l’improvista” . Please be aware that this post contains more than 40 photos, so if you’re on a slow connection or just short in time, make sure you bookmark it and come back later to fully enjoy it.

I though that going with BTS a little far today, maybe until the end of the Silom branch, to the main pier for the boats that are crossing the Chao Phraya River would be a good idea. I went out from the hotel a around 10:00 AM. Outside it was cruelly hot and humid, but apparently that didn’t stop those who make their living by selling food on the streets.

Just 50 meters away from this street food vendor it was Gaysorn Plaza with the boldly BTS rails curbing away.

Watched the morning traffic for a few minutes

And then walked 5 minutes to the nearest BTS station from my hotel, Ratchadamri

I had to go 4 stations from Ratchadamri to the final station, Saphan Taksin, which is also the main pier for the boats which are cruising the Chao Phraya river. I took a one day ticket (120 BAHT) and waited for my boat. This ticket gave me the possibility to go out and down at any station whenever I wanted to for an entire day. While waiting, I watched the spectacular boats of the luxury hotels from the other shore ferrying their customers to this side of the river.

I started to read the brochure they gave me with the ticket. Apparently, there were around 8-9 piers where you could stop and for each pier there were listed some main attractions. I had no idea how much time would take to go to a specific pier, not to mention how much it will take to actually visit every attraction mentioned, but I decided to give it a try with the temples Wat Pho and Wat Arun. Wat Pho was on the same side of the river but for Wat Arun I should take a ferry (3 BAHT) to the other side of the river. In around 5 minutes my boat arrived and I walked on board along with a crowd of curious tourists. In about 6 minutes we were already at the Wat Pho pier. I get down on the boat and slowly walked into my first Bangkok individual exploring adventure.

Traveling for personal development isn’t just a recent post on my blog (quite popular if I’m looking at statistics) but a real lifestyle for me. I always do my best to practice what I’m preaching so several days ago I started a trip to Bangkok. A week before the trip I had no idea that I would go there. Bianca had a one week holiday from the kindergarten and Diana decided it could be great to spend it at their parents. That gave me a window of opportunity, so to speak, so I jumped on it.

Planning the trip took me around 3 hours top, including printing vouchers and arranging payments. Everything was done online of course, and you can imagine I did planned a little loose. I bounced back and forth a little between orbitz, travelocity and expedia, and eventually chose expedia. I first booked the hotel in Bangkok, the flight and 3-4 additional services, out of curiosity. For instance, I booked transfer from the airport and to the airport, and 2 half day tours.

If I would go again I won’t chose any of those services, because you can find your way around without them, but overall it was a useful experience. I know by now that a taxi fare to the airport from downtown Bangkok is no more than 400 BAHT (around 13-15 USD) and that a tour to one of the temples can be done with no more than 2-300 BAHT (including transport via BTS and Chao Phraya boat).

Oh, ok, ok, I started to talk a little ahead and mentioned things like BTS and the Chao Phraya river. I’ll stop that and come back to the main story because there is still some more to say until we’re in Bangkok. Just teasing you a little, of course.

I flew with FinnAir and that proved to be a good choice overall. The route was Bucharest – Helsinki – Bangkok. The flights were very well connected and from what I read in the planes and in some of the materials in the airport, Helsinki is trying to become the first Europe – Asia flying hub. One of their key points in achieving that is to provide good flight connections and fast transfer of the passengers. When I flew to Bangkok I stayed in the Helsinki airport around 4 hours and when I come back I stayed around 3 hours. The airport is quiet, clean and it has free internet connection in one of its areas. Not in the whole airport, which is a little strange, so you have to go through passport check in order to reach the free internet area but it didn’t felt like an inconvenient to me.

From Bucharest to Helsinki I flew with an Embraer 170 which might be the tinier airplane I flew with so far. It’s an airplane manufactured in Brasil, quite exotic in Europe. But the Boeing MD 11, a somehow obsolete tri-jet which took me from Helsinki to Bangkok was even funnier. The entertainment system in the economic class consists on 4-5 large monitors with a fixed program for all passengers. All the other transcontinental flights I had so far had individual entertainment systems. Other than that, both planes proved to be extremely reliable, clean and well-serviced.

From Bucharest to Helsinki you fly 2:40 hours and from Helsinki to Bangkok 9:30-10-30 hours. When I got back I was so relaxed that I slept most of the time and when I arrived in Bucharest I actually didn’t felt tired at all. On the way to Bangkok I had some mild anxiety moments, but all of them were related to my old pattern of “not being able to enjoy stuff” that I’m working on for several years now.

It’s my 3rd day in New Zealand and I finally found a little bit of time to blog about my impressions about this. First of all, this is what I call a “pulse taking” visit, in which I will try to incorporate as much information as I can about this country, while trying to understand at the emotional level how can I congruently vibrate with such an environment. The complete move, including my family and all the stuff I consider necessary to take with me will take place in 2-3 months. So I don’t have any specific goals for this visit, just trying to enjoy as much as I can.

I had around 22 hours of flight in order to get here from Bucharest, and after adding the checkin times and other amounts of time spent in airports between flights I come up with a total of 37 hours of traveling time. Quite a lot. I had to go to Vienna first from Bucharest, from there a I took a flight to Bangkok, Thailand, and then from Bangkok I took the last flight for Auckland New Zealand. The last 2 flights were around 9 hours each. The second was with Thai Airlines, my first flight with them, and I had to say that I was pleasantly surprised about the quality of services. From the way the plane was prepared and presented, to the steward’s care for the passengers, everything was nice and easy. I even got a bunch of salads for dinner after I told to a steward that I am trying to keep a raw food diet, and I won’t eat the chicken whatsoever. Very nice 🙂 .

There is another point that is worth mentioning about the travel and that is the very strict control about biosecurity. New Zealand is making a public statement about keeping the Earth green, and especially about preserving New Zealand natural habitat, and they are respecting it. You have to declare all the food you have with you, or any other plants in any form, even woodcrafts. You also have to declare even if you had camping in the last 30 days or if you have hiking boots with you. This is making even more difficult to enter the country, once you are in the airport, not to mention the time spent to get there, of course. If you are messing around with those things they can fine you up to 100.000 New Zealand Dollars. Auch!