Let me ask you something: do you live in an illusion right now? Your life, as you perceive it, is 100% true? There aren’t any hidden parts that you’re avoiding? Are you sure about that? Your personal relationship is exactly how you think it is? Or your career? Just take a close look at your life and try to see if there are any parts that are just masks, facades for another reality. A reality you’re not yet ready to accept, to be more precise. I agree this is not an easy thing to do, and you’ll see why.

I did a few informal tests with this a while ago. I asked a few friends that question and guess what: everybody answered they’re not living in an illusion. They live their life as they should live it. After a while, let’s say a few months after the first round of questions, I restarted the “test”. The answers were slightly different this time. Some of the respondents told me that parts of their personal relationships proved to be a little foggy. Some of them told me that their career started to feel void sometimes.

Fact is everybody agreed that, to a certain level, they actually lived in an illusion, if only for some parts of their lives. That informal test proved to me something I was feeling for a long time. That we live in, and sometimes we thrive for illusions almost all of our existence. Illusion is part of our life, either we want it or not. 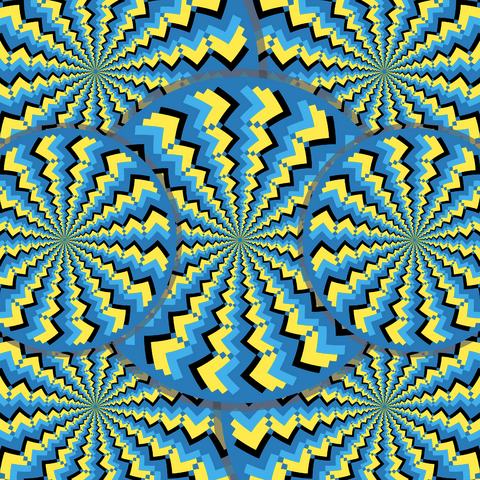 And with that, we’re getting to the core of this article. What is he power of illusions and what is the price we’re paying for obeying them?

How Can You Tell You’re Living In An Illusion?

First of all, let’s see how can we define an illusion. There can be many answers to this but let’s try to keep it simple: an illusion is a facade to a much difficult to accept reality. A facade which covers parts that we don’t really want to accept or to expose to others. This facade acts like a replacement for this reality, like an embellisher or a camouflage net.

I tried many approaches to answer this question, and, to be honest, none of them really clicked. Every time I was sure I was close to defining an illusion, the whole scaffold crumbled and had to start over. Because, you know, one of the fundamental qualities of an illusion is its “reality” consistence. What makes an illusion an illusion is its capacity of camouflaging reality with something believable.

Imagine you’re in a dream. You enjoy so much what you dreaming and yet, deep down, on a very remote level of consciousness, you know you’ll have to wake up. And you don’t want that. You want to stay there because the dream is much more enjoyable than the real world. You’re afraid to wake up. You’re afraid to step out from the illusion of the dream.

It’s the same thing with illusions. You feel so great living them but deep down you know they’ll have to end sooner or later. And you don’t want that. So, you’re afraid to wake up to your real life. Why? Because your real life may be different from what you’d want to experience. Maybe it’s boring or maybe you don’t have enough friends or emotional stability, or maybe you don’t have enough money.

Whatever the reason for your refuge in an illusion, it is always associated with the fear of loss. In real life, you have nothing to lose. You’re already complete. You can only enjoy your life every second.

There is this thin line between an uncomfortable reality and a soothing land of illusions. Staying in the uncomfortable land will require a lot of effort. Will require willpower and endurance. Will make you feel sad, miserable or defeated. On the other side, in the land of illusion, all you’ll need is a leap of faith. You need to fake just a little bit, until you get in tune with your own illusion. That doesn’t require a lot of effort. It’s far more easier than facing reality upfront. So, you take the plunge, dive in, and give up to reality.

Living in an illusion will give you comfort. But it will also force you to live with the fear that you may lose what you already have. Because you know it’s not real. You know it will end, sooner or later.

The moment you get rid of the fear, the illusion will dissolve. Most of the time this would be a traumatic process. You became so attached to a certain lifestyle that loosing it all of a sudden will have major impact on your life. But sometimes the dissolution of the illusion will be actually enjoyable.

Regardless of the emotional vibration, losing an illusion is always healing. You will emerge as a more powerful and grounded individual.

The temptation will always be there though. Whenever life gets complicated, you will try to find an escape in some mental constructs, in some new territory that will seem more comfortable. Forget comfort. Comfort is the mother of all illusions.

Life is not comfortable. It’s beautiful.

Getting rid of illusions is very much like losing weight through dieting. Not only you will be confronted with a completely different way of doing things (eating, in this case) but your own body memory will fight this change: why are you taking me through this? Don’t you know I’m used to weight 100 kilos? Why are you trying to make me weigh 85 kilos?

Well, those 15 kilos difference are the weight of the illusion which is dragging you back. They are keeping you in an inexistent world. And yes, loosing them is difficult, but only in the beginning. The moment you can break through and make your body understand that its real weight was always 85 kilos, and that 100 kilos comes from an illusion of safety and control, things will dramatically change. You will gradually lose the illusion of a 100 kilos individual and get back in your 85 kilos real shape.

It’s the same thing with illusions.

For instance, if you’re in an illusory personal relationship, you may have an excess of emotional safety, tied up to a certain person. I guess the more popular term for this is co-dependance. Our internal memory will fight our intention to break free reminding us that we’ve “always” been comforted and soothed by that specific person. Which is, of course, completely false. We just thought we’ve been comforted, we perceived the whole context as comfortable. But our internal memory developed this sense of attachment and will fight back every time we’re trying to break the circle.

Once you’ll get rid of that excess, you’ll realize that a fulfilling personal relationship will never keep you blocked by fear of loosing it. It will be the same in any circumstances. It will survive to contexts.

And it’s also the same thing with much simpler situations, like a job. If you really fear loosing your job, then you’re living the illusion of stability. You’ve grown an excess of “illusory stability fat”. You are tied up to a single context and you fear the loss of that context. The “stability fat” is keeping you tied up to that job. And when you actually lose the job, the fat will make you slow, clumsy and depressed.

You’re not designed to be slow, clumsy and depressed. That extra fat can be avoided if you just stop fearing loosing your job. This simple step of avoiding fear of loosing your job will actually stop the process of accumulating “stability fat”. Yes, you may lose the job. But you won’t lose your financial stability. Because you’re a valuable individual and you will always find other sources of income.

The Power Of Illusions

By now you should be comfortable with my description of illusions and with their associated problems. But there is something very important about illusion that we shouldn’t ignore: illusions are powerful. Extremely powerful. Sometimes, they can push us do things we couldn’t do in different circumstances.

As you can see, I’m trying to avoid a black and white definition of a life with or without illusions. I don’t think they’re bad or good. As I said, I think we’re sometimes thriving for illusions.

Fact is, every time you’re enjoying a motivating facade for some parts of your life, you may do incredible things in that area. Let me give you an example.

If you’re usually a shy guy, and that is your real nature (that’s nothing wrong with being shy, by the way) and you get into a personal relationship which will feed your self-esteem, you will accomplish a lot of stuff. Suppose the relationship is just an illusion, and your partner doesn’t really care about you. As long as the facade will be motivating, and you will be thinking that you’re cherished and valued for who you are, you will grow tremendously. Yes, you will still be in an illusion. At some point you will have to wake up from the dream. But while in the dream, your life advanced tremendously. In this case, the awakening process will be really traumatic. But there’s no need to abandon or ignore the things we did while you were in that dream. They’re still part of your personal history. They’re still part of your experience.

If we look at them this way, illusions can sometimes be extremely efficient triggers for evolution and growth.

The Price You Have To Pay For It

But there is a price for this. Back to reality, here comes gravity. You will always experience disappointment and frustration, once the dream is over. You will feel defeated, alone and cheated. Even more, you will experience shame and guilt. I wish I could say there is a way to avoid all that, but I’m afraid I can’t. An illusion will always bring a cold shower at its end and that cold shower will not feel good. The only good news is that, based on that specific experience, you may avoid a future similar illusion. Of course, that will not prevent you from entering other, not related, life illusions.

As I said, sometimes we need them.

But, if you can live your life without fearing that tomorrow will take away something from you, you’ll be safer. Loss is inevitable. Loss is more often than not the direct effect of growing, of evolving, of going up. You can’t climb if you stay at the same weight. You can’t evolve until you don’t get rid of some of your old ideas and beliefs. You have to lose them.

I’m really curious now about YOUR illusions. Are you living some of them right now? Do you have any experience with overcoming them, with recovering from them, with avoiding them? Share it, I’m listening 🙂

23 thoughts on “The Power And Price Of Illusions”