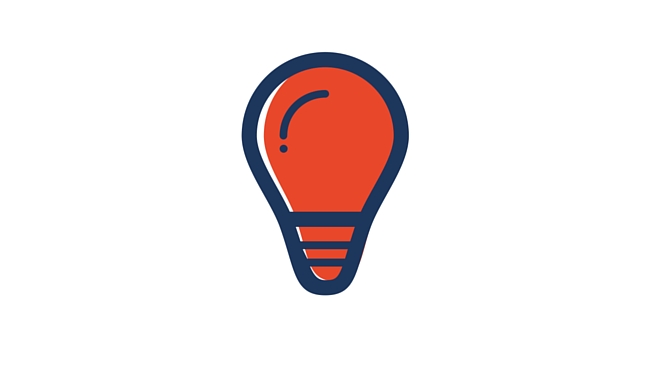 Ten years ago I started my own business. At that time I felt this was the best decision ever in my entire life. Ten years after I still feel the same with all my heart.

Having your own business is one of the most challenging situations in which you can put yourself. And I’m not talking only about the financial part of a business. Most of the crash-courses on how to start your own business have a strong focus on the profit and financial facts. They are all selling you methods to reach profit quickly. And, to some extent, those are good and proven methods, but they have nothing to do with the pre-conscious choice of having a business. Those profit making courses are assuming you already took the decision.

In fact, having a business is not at all about profit. If you are serious about it, and if it proves to be a good and mature choice, you will have to face the profit challenges sooner or later. It’s in a business nature to have profit in order to survive. But making profit the most important part in having a business is just wrong. It’s something that you deal with months or years after you started your business for real.

The choice of starting your own business is more like an adventure than a spreadsheet. It’s more about risk taking than financial security. It’s more about personal development and growth than bank statements and material wealth.

In today’s post I’ll share some thoughts about how I decided to start my own business, and how this decision still benefit me after ten years.

I was 29 year old when I started my own business. Until that age I was mostly dragging around, living by talking out loud (really, I was working as an anchor man on FM radios, I have a pretty radiophonic voice) and never making plans for tomorrow. For several years in a row I was mostly drinking my evenings out with the same people, borrowing their misery and trying to find reasons to wake up the next day.

But around that age something started to change in me. Never knew how to define that. It was a drive for deep, fundamental and meaningful change. And that desire for change was spreading over all areas of my life: personal, as well as professional. To make a long story short, it was a mix of bad personal choices and amazingly risky professional decisions that lead to the final result: setting up my own company.

I won’t go into technical details about how and when exactly I did it. I want to focus more on the inner reasons that took me there. And those inner reasons are made of only three main qualities: courage, curiosity and enthusiasm. All three qualities mixed together created a powerful drive for change.

The definition of courage is for me the ability to change at any given point a status-quo without hesitation and with all available energy. Regardless of the overall context, of course.

And the overall context at that time was simply horrible for starting a business. And when I say horrible, I mean it. Cash was simply intangible as a resource, you couldn’t borrow money from the bank without accepting an interest higher than 80%. Yes, higher than 80%, which means credit was simply prohibitive.

Cash was the smallest problem, by the way. You had to face corruption, lack of qualified people – which made me to learn a lot of different skills, and an almost desert market for online products. Basically, you were far better at that time if you could secure a job and get on with it.

But against all odds I started this business. And my very first project was worth over 20.000 USD, an amount who let me finance my activities for the first year, until I set up a qualified team and a location. Not even my associates believed me at that time, until they saw the contract.

I started the business as an act of conscious change, despite of an unfriendly context.

Curiosity as a quality is often underrated. It’s amazing how useful curiosity is for a balanced life and for constant growth. I think boredom is a chronic imbalance with curiosity. I also think curiosity is somehow related to our ability to create and maintain happiness.

Although I was working as an anchor man – well, ok, I was climbing on the hierarchy and go through all the levels of a FM radio diagram, up to the position of program manager – well, besides that, I was constantly expressing interest in other, completely unrelated areas.

I remember that I was fascinated by fractals at that time. I was also into computers and internet, and bought my first books on programming. I started to learn Borland C++ on the bus, while going at the radio. I was literally obsessed with learning new stuff.

And out of curiosity I decided to have a business in the online field. At that time online was something yet to be defined, of course, nobody could predict in 1999 that we will actually have the Internet as we have it today. But I had this unstoppable urge to do something in that field and learn as much as I can.

I started the business so I can learn more of what I liked.

The first three years of my company I worked 16 hours a day, no weekends. I actually worked more than 1000 days in a row, and I can tell you in all honesty that I’ve never been tired. Not a single day. I was fueled by enthusiasm.

Enthusiasm is such a gift. It’s a state of your conscience in which you are channeling a lot more energy than usual. But enthusiasm is also a function of what you like and don’t like. You can’t really get excited about something you don’t like, and then spend 16 hours a day, 1000 days in a row on it. You simply can’t.

I was doing something that I liked, soaking myself in a completely new field of activity. I was courageously spending each day looking for ideas, people or resources in order to build something that I truly believed in. Of course I was literally exhaling endorphins.

If I didn’t have enthusiasm I couldn’t make it over the first three years. And my enthusiasm was a consequence of my choices: I was doing something that I loved and with courage and determination. I finally found something that put me in that enthusiasm state and let me there for good.

I started my own business because I was so excited to do something I really loved to do.

As you can see, my drive to start my own business had nothing to do with money. There wasn’t any single mention of the money and profits in my first 4-5 months. I was so confident that things will go well that I simply overlooked this part. And for that period, that was a very clever thing to do, because it allowed me to focus on other, more important areas. Later on, I had some periods in which I overlooked the money flow the same way, but with some disastrous consequences. Maybe I’ll blog about those times some day. Having a business is not at all a pinky lifestyle and every mistake develop a strange tendency to blow everything away.

Starting your own business is not a matter of money and profit. It’s really a matter of courage, curiosity and enthusiasm. Whenever you mix those three fundamental qualities of your being, something big happens in your life.

In my life that mix gave birth to my own business. In your life, that mix can manifest something different, but it will always challenge your core for growth and personal development.

I’m sure you already learned by now that “starting your own business” has nothing to do with bank statements and formal certificates of incorporation. It’s all about creating value out of genuine curiosity, with great courage and backed up with enthusiasm.

You can as well work for somebody else as an employee, but if you do that with courage, curiosity and enthusiasm, it would be like you already started your own business, and your boss is just your most important client.

46 thoughts on “Start Your Own Business”